Dried pasta finally gets the respect it deserves in Saveur Magazine

Saveur Magazine’s latest issue, "The Pasta Issue", is dedicated to all things Italian pasta. Cover to cover, it's packed with mouthwatering photos and recipes of pasta, from fresh to dried, stuffed to sliced.

Author Chris Cohen dives into the world of pasta secca (dried pasta), explaining its place in Italian cuisine, and shining a light on what makes for a quality dried pasta—as revealed to him by New York City chefs. The verdict? It’s all about taste, texture, and craftsmanship, just as Rustichella d'Abruzzo has been insisting upon since 1924.

Andrew Carmellini, chef-owner of Locanda Verde, Bar Primi, and Leuca in New York is all about the texture:

“It’s a glory time for dried pasta . . . We’re huge fans of Rustichella d’Abruzzo, particularly the spaghetti. The texture on the outside from their bronze dies really grabs the sauce.”

“A lot of gluten-free pasta get slimy or mealy . . . This one holds a really nice texture."

Discover the taste and texture of dried pasta as it is meant to be. Select from Rustichella d'Abruzzo's wide range of pasta and experience for yourself what the chefs are raving about!

READ THE ARTICLE: The dried pasta Italian food obsessives are crazy about 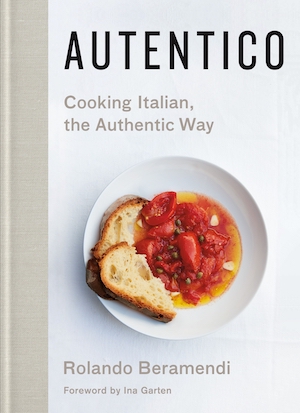